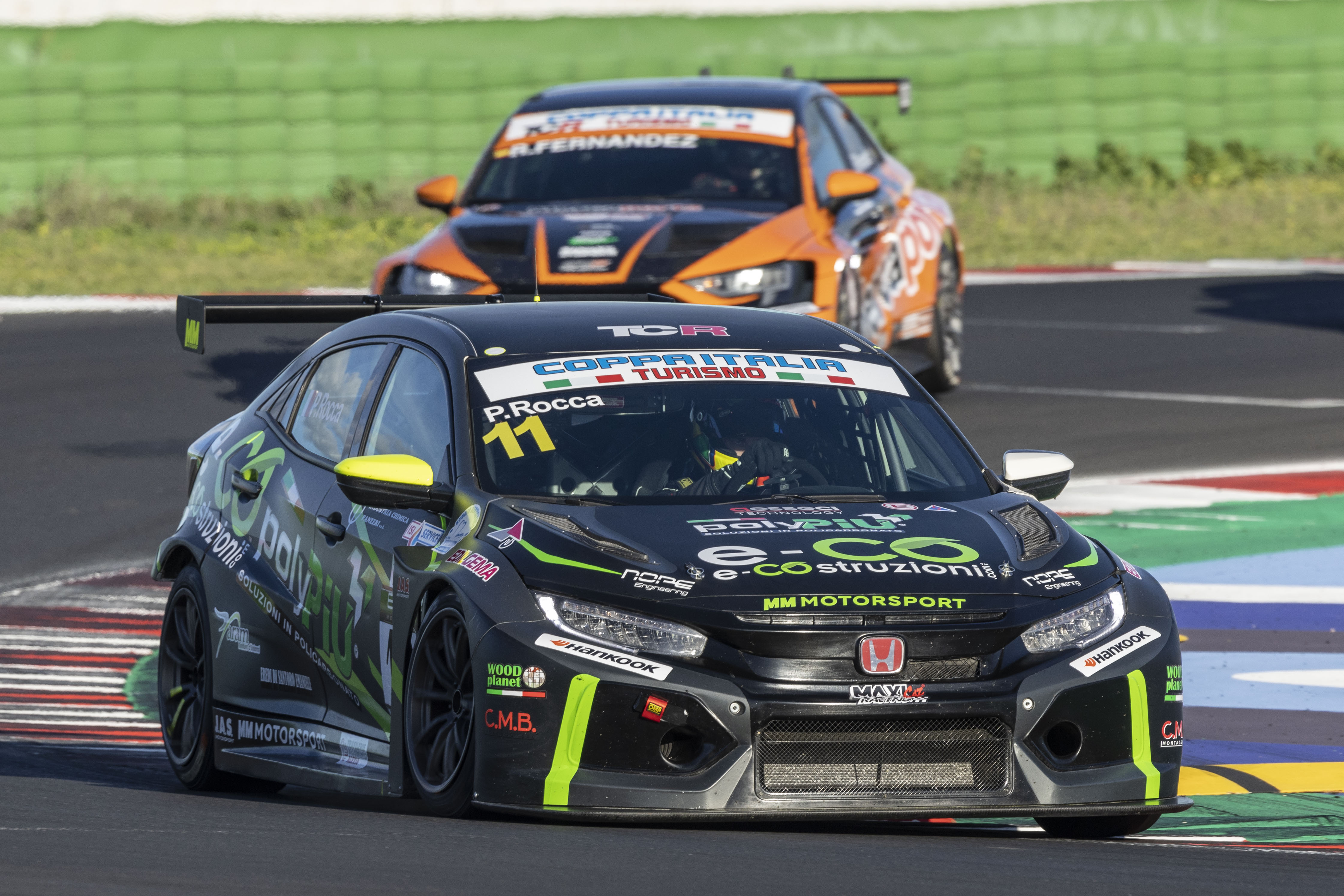 Paolo Rocca arrived at Misano only needing to take part in qualifying to confirm himself as champion of both the Division 1A and TCR Sequential classes.

This is because while his points lead was already unbeatable, series rules dictate that competitors may only miss a maximum of one round to still be eligible for points, and Rocca and MM Motorsport had skipped the previous event.

A pair of titles in the bag - the 16th and 17th of 2022 for the JAS Motorsport-built Civic - the teenager still took pole position for both races.

He was leading the opener on Saturday night until a rival spun him into the tyre barrier - and retirement - as racing resumed following an early safety-car period.

Rocca was again in front in Race Two until an issue forced him into the pits for examination. He finished 10th in class as a result.

Having missed the opening round of the series two weeks previously, Rene Munnich dominated the event at Dubai Autodrome to claim a double victory in the TCR category.

The German claimed the Class 1 title across the winter of 2021-2022 - in what was then known as the UAE Pro Car Series - but this marked his first appearance in the newly-renamed championship.

Pole position in TCR on Saturday morning was followed by untroubled victories by 23 and eight seconds respectively; the ALL-INKL.COM Munnich Motorsport driver finishing third overall - and beaten only by a pair of GT3 cars - in Race Two.

Munnich's results not only put him second in the points, but also moved him onto eight wins in 2022 behind the wheel of the Civic Type R TCR - level with Mike Halder as the most successful driver of the season of the JAS-built car.

The double win also means the Civic has triumphed 72 times this year; further enhancing 2022's status as the car's most successful season to date.