Giacon - making his first appearance in the series this year - qualified his JAS Motorsport-built car in pole position but lost the lead to Rocca within two corners of Saturday's opening race.

While he was promoted back to the lead when Rocca ran off the track at Turn 1 at two-thirds distance, Rocca re-passed him for the victory with two laps to go to snatch his fifth win of 2022; Giacon completing a team one-two.

Giacon got his revenge on Sunday, leading from lights to flag. Rocca made it another one-two on the road but was penalised 25 seconds post-race for final-lap contact. That dropped him to eighth in the results.

Rocca now needs just a single fourth-place finish from the final four races to guarantee the Division 1 title. One point will also make him champion of the TCR Sequential class. 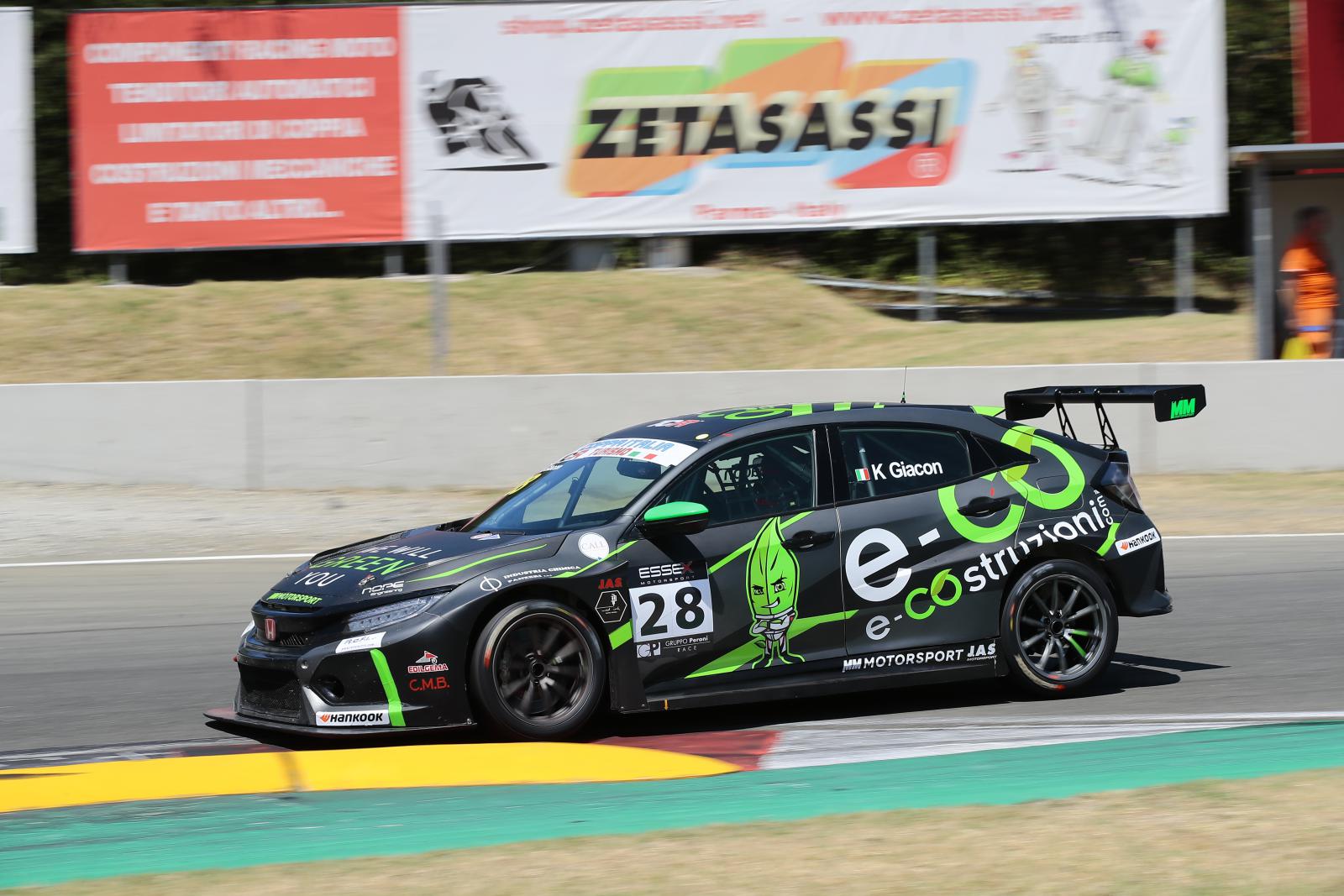