The Honda Civic Type R TCR claimed a podium finish at Mugello as TCR Italy kicked off with category debutant Franco Girolami playing a starring role in the weekend's activities.

Girolami, whose brother Nestor races the JAS Motorsport-built Civic in the FIA WTCR, was the fastest driver in qualifying, but lost his pole-position time for exceeding track limits and instead started fourth.

The MM Motorsport driver retired from a podium position due to a puncture, but made up for it 24 hours later as he snatched second spot at the final corner of Race Two.

Team-mate Max Mugelli scored a best finish of 12th during the weekend while privateer Federico Paolino was 18th in Race Two in his older FK2-based Civic Type R TCR.

In the USA, the IMSA Michelin Pilot Challenge resumed after a six-month break at the legendary Sebring circuit in Florida.

Mike Lamarra and Mat Pombo were the highest-placed Civic crew for the LAP Motorsports-run LA Honda World team, the duo running a consistent pace despite the Balance of Performance (BoP) not favouring the car this time.

They finished 10th, keeping their heads well despite a 70-minute red-flag period due to the presence of lightning in the area, and a subsequent rainshower.

Dakota Dickerson - substituting for Taylor Hagler in the sister car - made a strong debut to climb from 10th to sixth in the most slippery of the conditions, but with co-driver Ryan Eversley suffering a puncture for a second straight race, they finished 12th.

Last year's Sebring winner Shelby Blackstock retired the team's third car with a power-steering issue possibly related to a practice crash from which he and Chris Miller recovered strongly.

The Portuguese Open Speed series kicked off at the Algarve circuit in Portimao with ex-WTCR racer Jose Rodrigues winning one of the three races in his older, FK2-based, Civic Type R TCR. He finished second in the other two races. 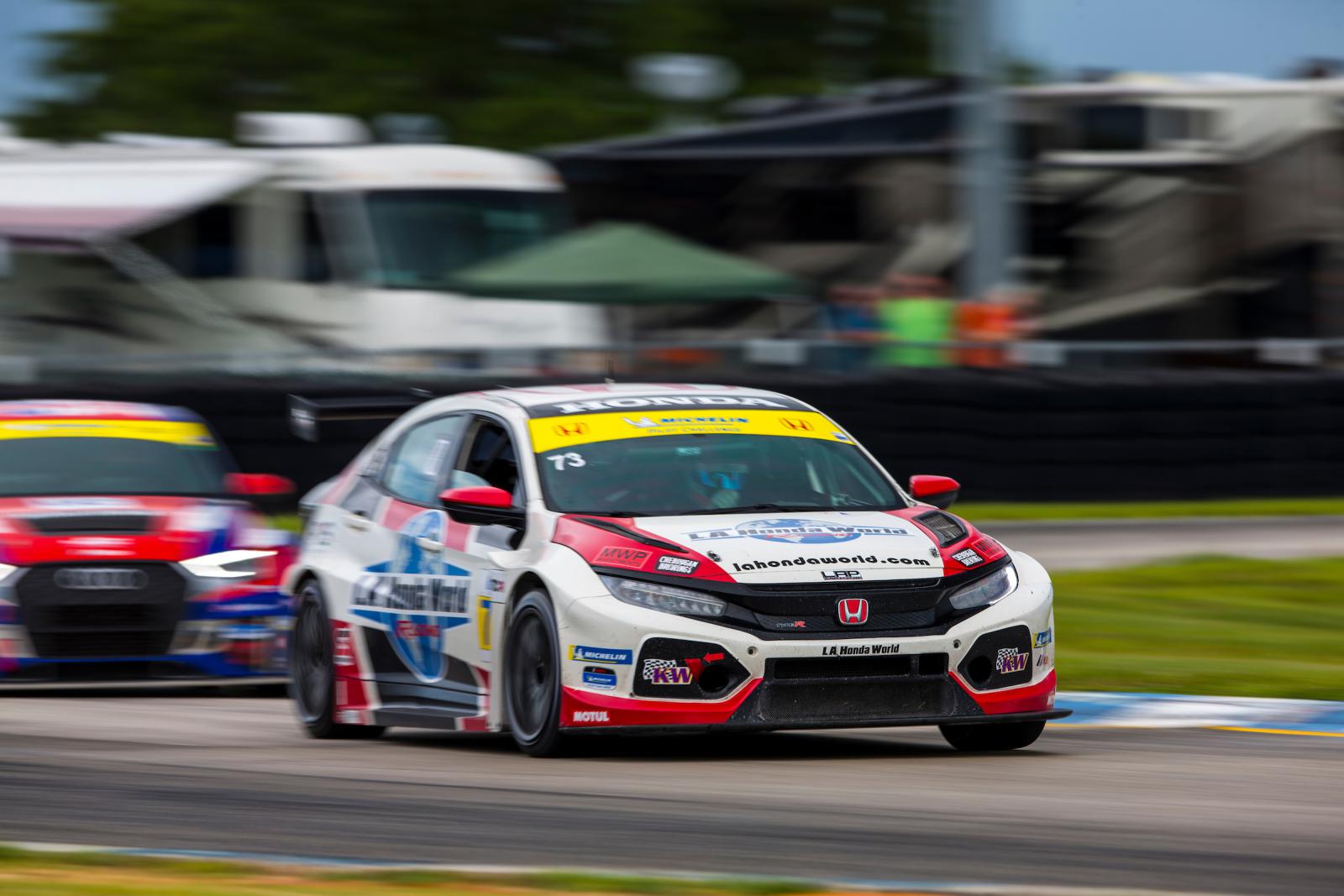