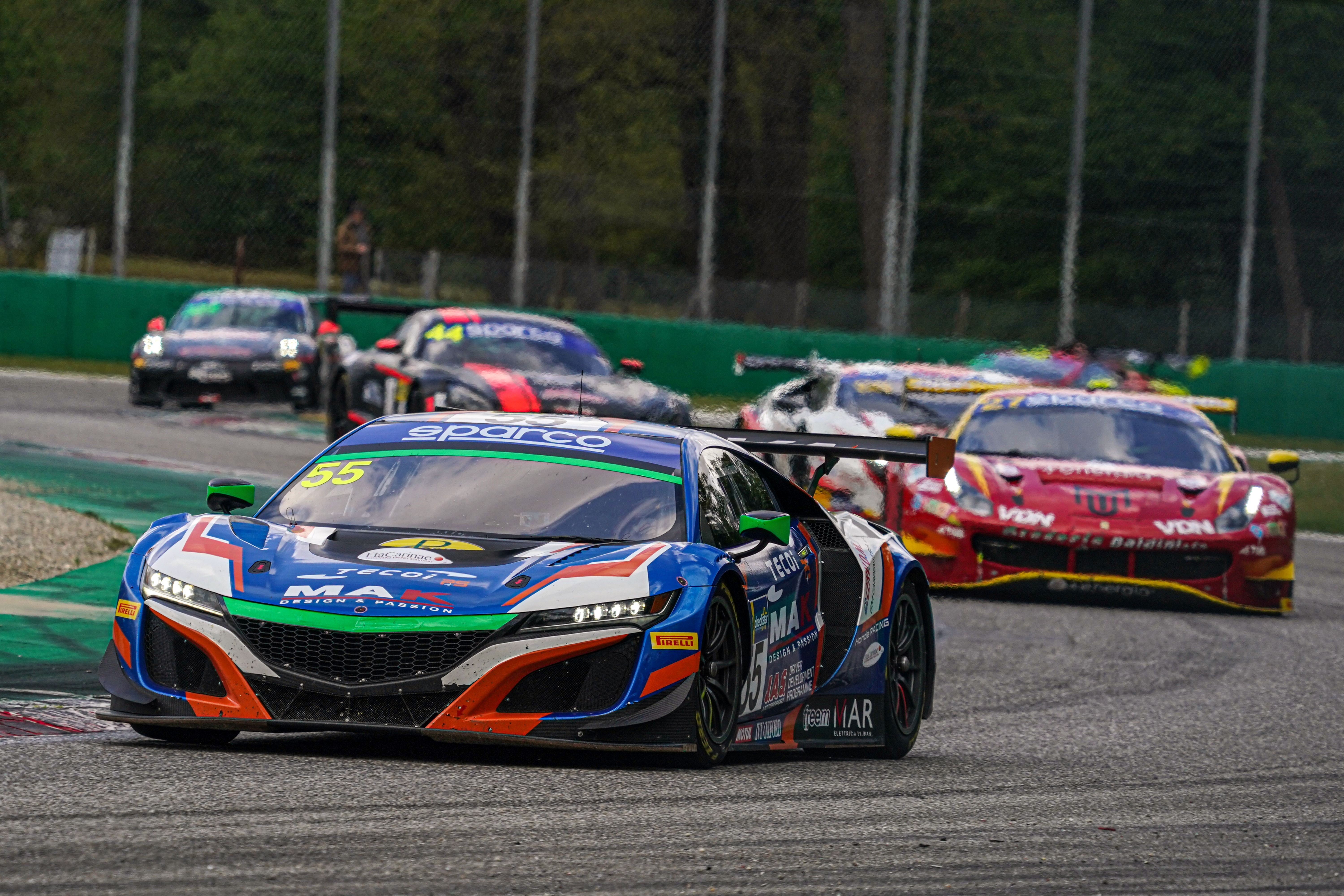 The result came in tricky wet conditions in Saturday's opening race, for which Guidetti had qualified fifth. He was up to third by the time he reached the mid-race pitstops and Moncini exited second thanks to superb work by the Nova Race team.

Moncini was soon demoted to the final podium spot by a rival car, but redoubled his efforts and re-took the position just minutes before the chequered flag to finish second on his GT3 race debut - only beaten by a multiple Formula 1 podium finisher.

The pair added to this superb result with third place in a dry Sunday race, but this later became sixth when their #55 car was penalised five seconds for Moncini overtaking another car by going off-track and not giving the position back immediately. They are third in the Drivers' points as a result.

Matteo Greco and Francesco Guerra were the quickest crew in the Pro-Am division, qualifying on pole position in class and sixth overall and then battling strongly for the victory in the wet first race; eventually coming out on top of the class by nine seconds.

Nova Race Team Principal Luca Magnoni and Alberto Lippi were strong in the Am class; qualifying second on Saturday and taking third in the opener. Neither they, nor the Greco/Guerra pairing, made the finish of Sunday's race.

All three cars were competing as part of the NSX GT3 Customer Racing Programme; a global collaborative project with JAS Motorsport responsible for assembly of all cars. 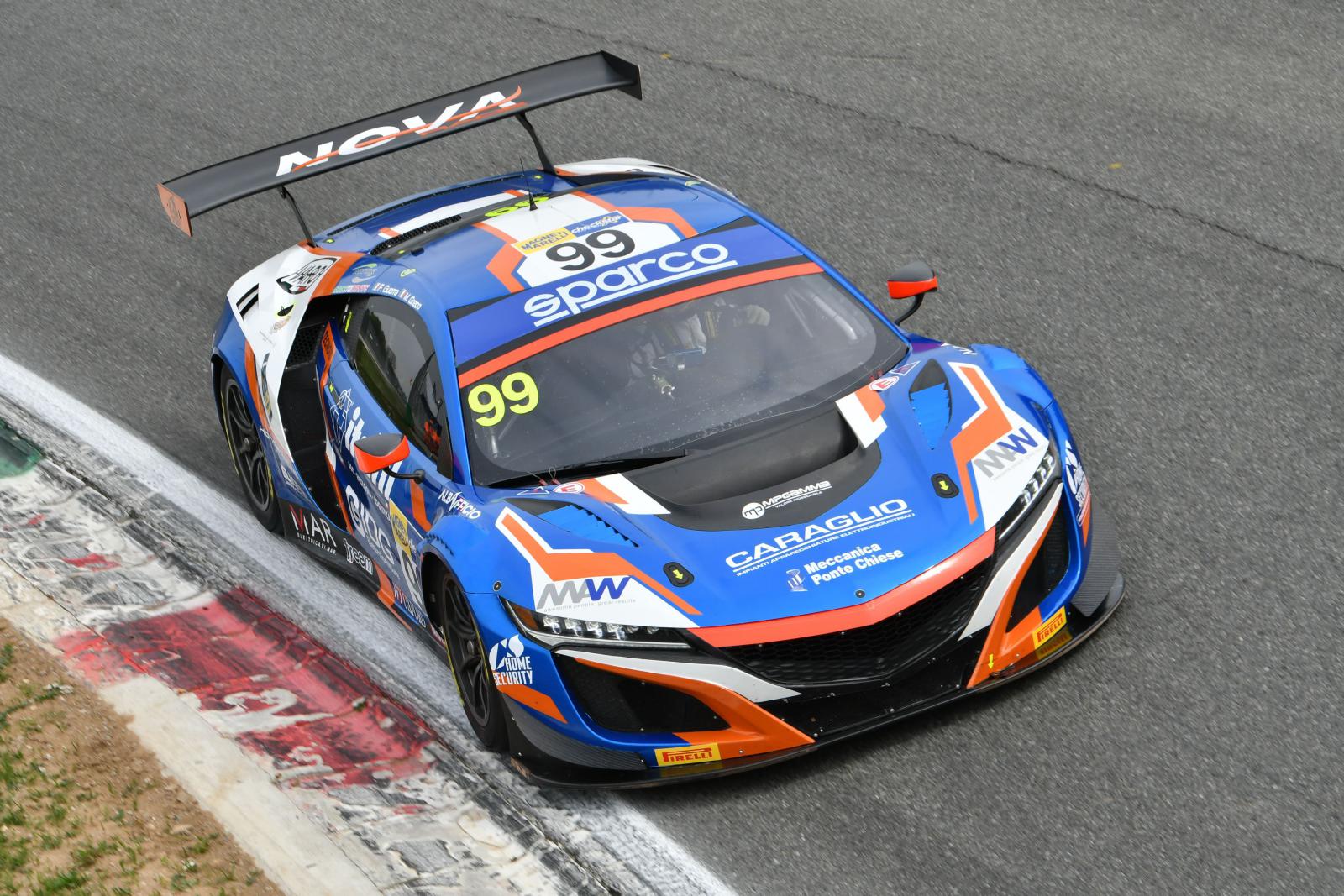