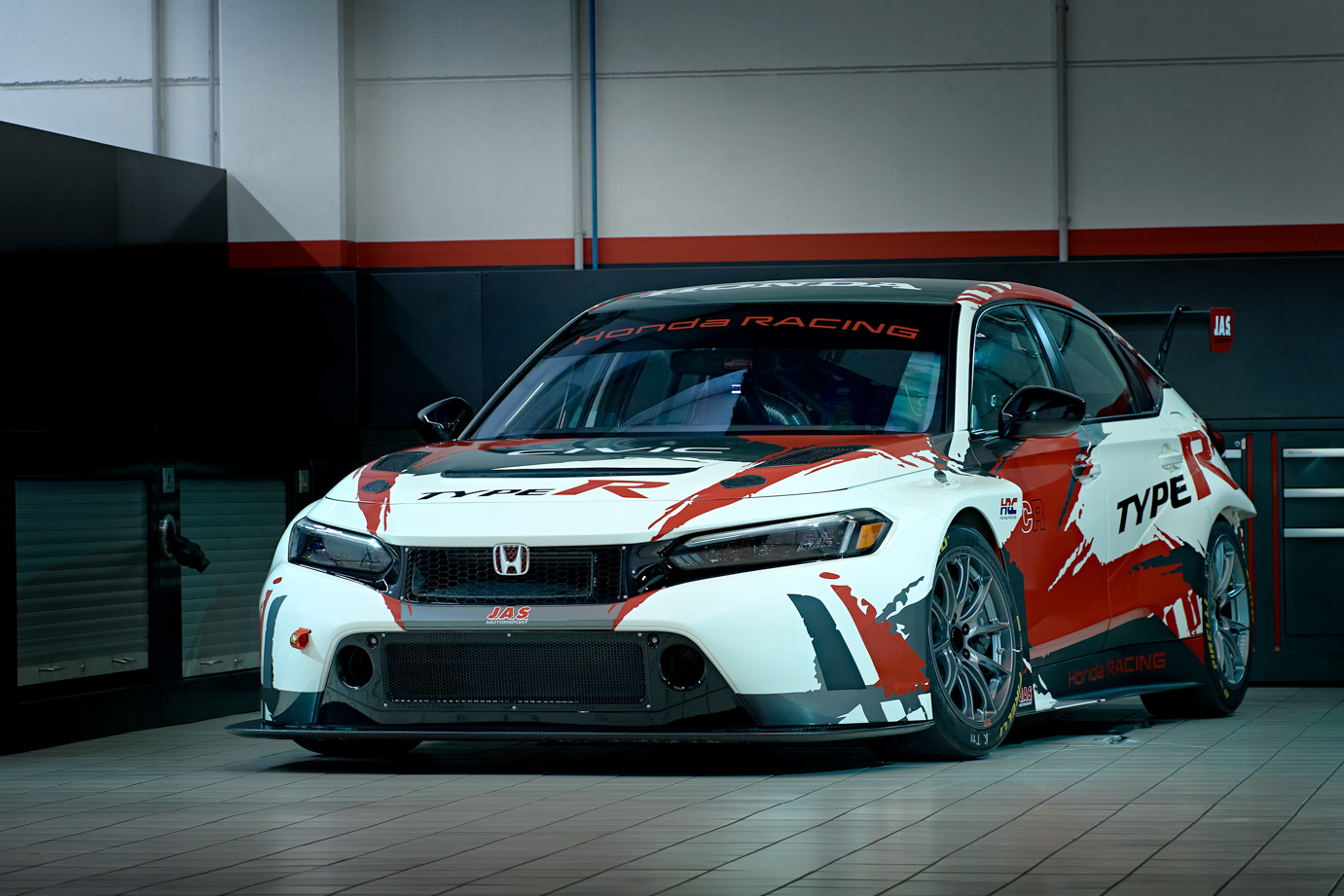 JAS Motorsport is delighted to reveal the all-new Honda Civic Type R TCR, which will be introduced to the touring car world for the 2023 motorsport season.

The new race car, which is based on the latest FL5 Type R production model, revealed during the summer, builds on the great success achieved by its predecessors since the Type R brand debuted in TCR competition in 2015.

Key features include a brand-new exterior design and aerodynamic package to improve downforce, a new chassis for enhanced cornering stability and greater driver safety, upgraded braking and transmission systems plus a race-prepared version of the four-cylinder, two-litre turbocharged engine  featured in the Type R production vehicle.

An ergonomically-refined cockpit has been created in line with the latest FIA global safety standards and houses a sophisticated multi-channel driver display providing a greater level of relevant information than ever before.

An ‘endurance’ version, influenced by the knowledge gained through the NSX GT3 Customer Racing Programme, is also available for customers planning to contest championships such as the VLN, 24h Series, IMSA Michelin Pilot Challenge and other long-distance events.

Additional lighting, driver cooling and anti-lock braking is available in addition to a heavily-revised ‘quick-fill’ fuelling system and a more sophisticated cockpit display to provide a greater range of relevant information to the driver in real time.

The car was given its maiden run at Circuit Tazio Nuvolari in Cervesina, Italy, on December 5 by Honda Racing Driver Nestor Girolami and is now undergoing a thorough track-based test and development programme before the first examples are delivered to customers.

The new Civic Type R TCR continues a long and successful partnership between Honda and JAS Motorsport that began in 1998 and intensified when the Milan-based organisation was chosen to develop the first Civic Type R for grass-roots circuit racing and rallying in 2001.

Since then, JAS-developed Civics have helped Honda to become FIA World Touring Car Champions in 2013 and its partner teams to achieve 398 TCR race victories and 74 major crowns in the category globally.

The previous-generation Civic Type R TCR was named TCR Model of the Year in both 2019 and '20 and has this, in 2022, enjoyed its most successful year to date with 77 race victories and 19 championship titles in Europe, Asia, South America and Oceania as well as the runner-up spot in the WTCR - FIA World Touring Car Cup.

The new Civic Type R TCR will join the current list of 25 models and more than 1,100 cars eligible for TCR competition globally.

Delivery to customers is due to start in April 2023. Interested parties are encouraged to contact JAS to avoid disappointment.

Mads Fischer, JAS Motorsport TCR Project Leader, said: "We are delighted and excited to reveal the all-new Honda Civic Type R TCR, designed and built by JAS Motorsport at our specialist facility at Arluno, Italy, and send our most sincere thank you to Honda for not only continuing to give us their blessing for this project, but for their renewed commitment to customer racing globally through a TCR programme that we are incredibly proud to be at the centre of. The new Type R TCR features significant enhancements in chassis, engine, suspension and braking, while we've used the extensive knowledge gained through the NSX GT3 and Civic Type R TCR Customer Racing Programmes to create our safest and most driver-friendly cockpit yet." 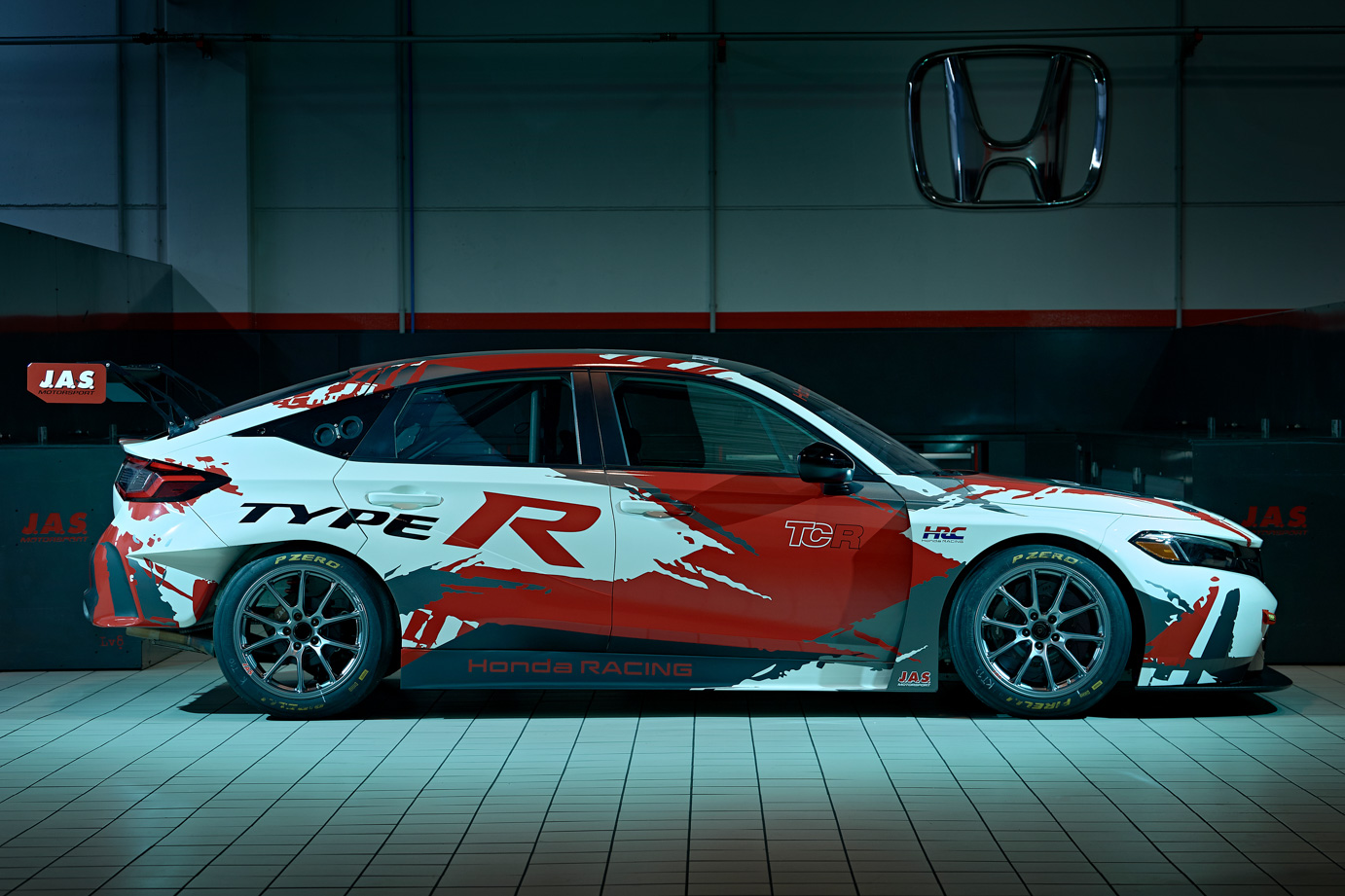