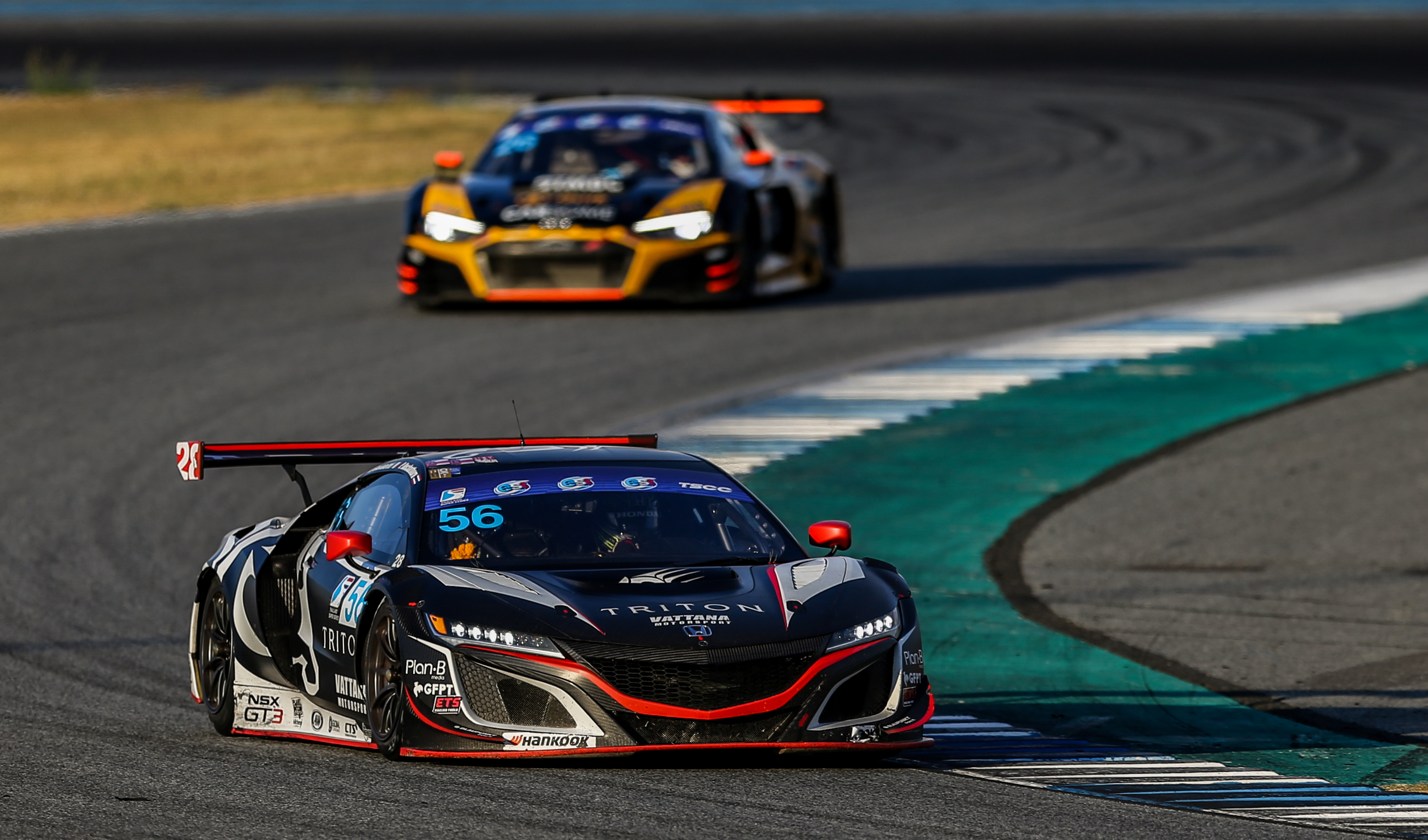 Fielding the car - which will be replaced globally by the upgraded ‘Evo 22’ next year - in the second round of the Thailand Super Series, Vattana placed JAS Development Driver Jacopo Guidetti alongside Phuakkarawut Dechathorn for the three races at Buriram.

This was after Guidetti, 19, who gave the NSX its maiden Italian GT Championship overall win at Imola in the summer, spent over a week in a coaching capacity with the team’s regular drivers as he shared the experience he has amassed with the car so far.

Guidetti and Dechathorn qualified fourth in the two-part qualifying and finished the opening race seventh; the latter running a consistent pace through his stint, but Guidetti affected by a 26-second pitstop penalty applied to the duo as a result of their pro-am status.

That penalty would be carried into all three races, but as Guidetti’s track knowledge and Dechathorn’s experience with the car grew, so did their competitiveness.

Guidetti ran second throughout the opening stint in Race Two; he and his co-driver coming home fifth. They then improved their pace again in Sunday’s final encounter to finish fourth overall and third-best of the pro-am pairings for a spot on the podium.