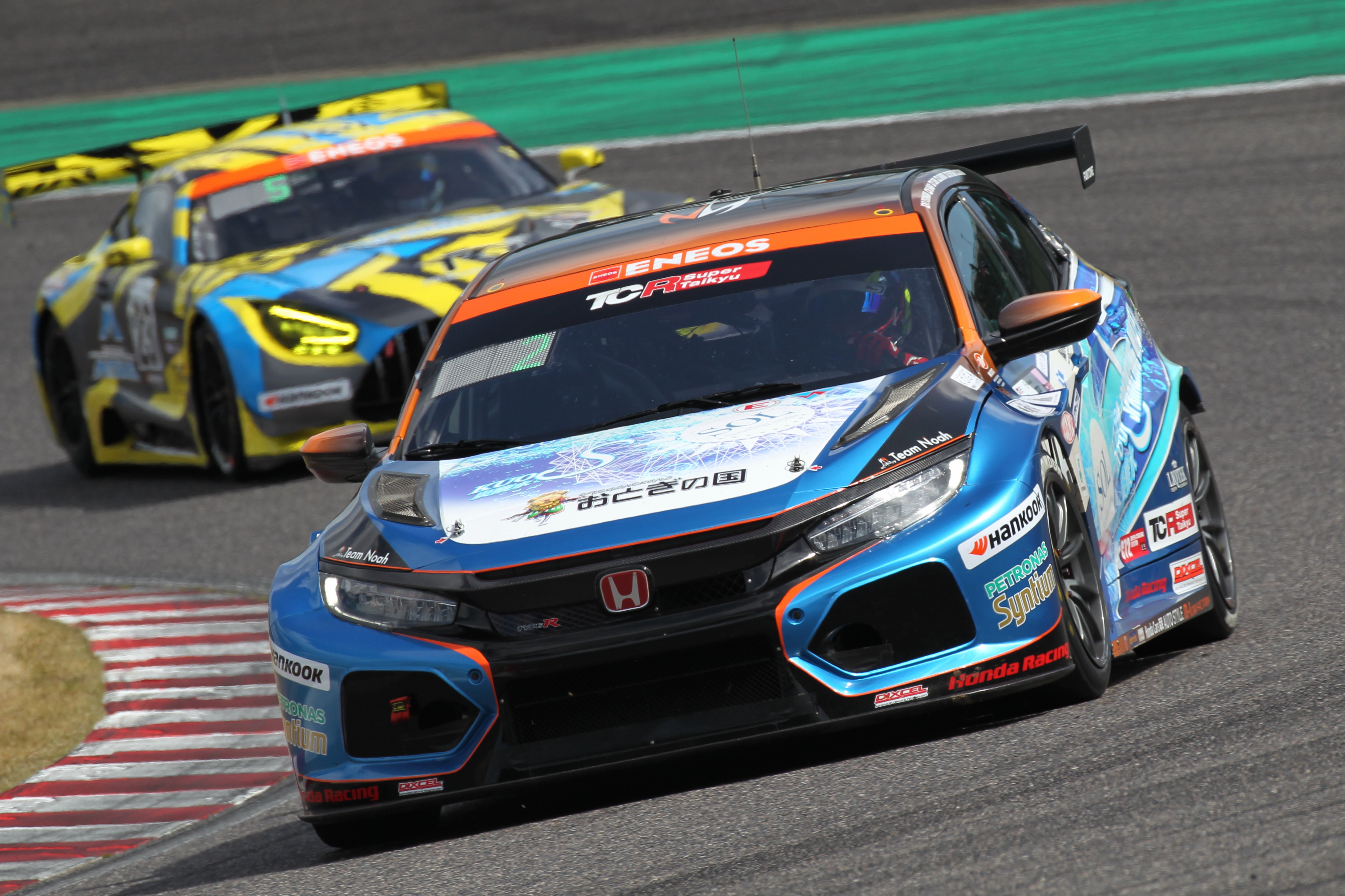 The two cars ran relatively closely for the opening hours, but niggling issues began to affect the M&K car, leading to lengthy spells in the pits. It still had an unchallenged run to second in class.

Team Noah's success was the 10th consecutive ST-TCR win in Super Taikyu for the JAS Motorsport-built car and the 23rd in the 31 races held since the car's series debut in 2017.

TCR Italy
JAS Motorsport Development Driver Marco Iannotta scored the best finish of his career with second place in the Misano opener, having qualified a highest-ever fourth the previous day.

The MM Motorsport driver had to fend off a determined attack from behind to achieve it, but did so and also won the Under-25s class for the first time in doing so. He was sixth in Race Two.

A puncture sent Imola winner and Rookie points leader Carlo Tamburini into retirement in Race One while separate incidents did for both himself and ALM Honda Racing's Ruben Volt on Sunday.

Volt and team-mate Mattias Vahtel - both JAS Development Drivers - suffered tough qualifying sessions, but scored best results of 10th and ninth respectively; each securing a third-place finish in the under-25s Trophy - which Volt continues to lead. Antti Rammo was 10th in Race Two.

TCR South America
Colo Rosso maintained his title aspirations with a pair of battling points finishes at Goiana, Brazil; the Squadra Martino driver qualifying second, but saw his hopes of Race One victory wiped away when he was penalised for jumping the start.

Taking his drive-through penalty while leading, he fell to 15th, but recovered to seventh by the flag, and then added fifth the following day to lie fourth in the standings.

Team-mate Fabio Casagrande was second in the Trophy standings in both races and is now second in the points while Crown Racing's Renato Braga impressed as he won the division in Race Two.

Braga's team-mate Gabriel Lusquinos missed qualifying with an engine issue so started both races from the back and suffered punctures on each occasion too.

STCC
The Scandinavian Touring Car Championship opened with an unusual single-race format at Ljungby and resulted in an 11th-place finish for Didrik Esbjug aboard his family's Esbjug Motorsport-run Civic.

He qualified ninth, despite being blocked on his single 'shoot-out' lap and finished two places further back in a largely processional race. He was sixth in the Junior Trophy.

SCCC
Following the last-minute cancellation of the Mosport opener, the Sports Car Championship of Canada got underway at Calabogie with a single Civic Type R TCR entered by Team 89 Racing.

Jocelyn Herbert qualified ninth and finished the opening race in the same position. A late issue meant he did not reach the flag in Race Two. 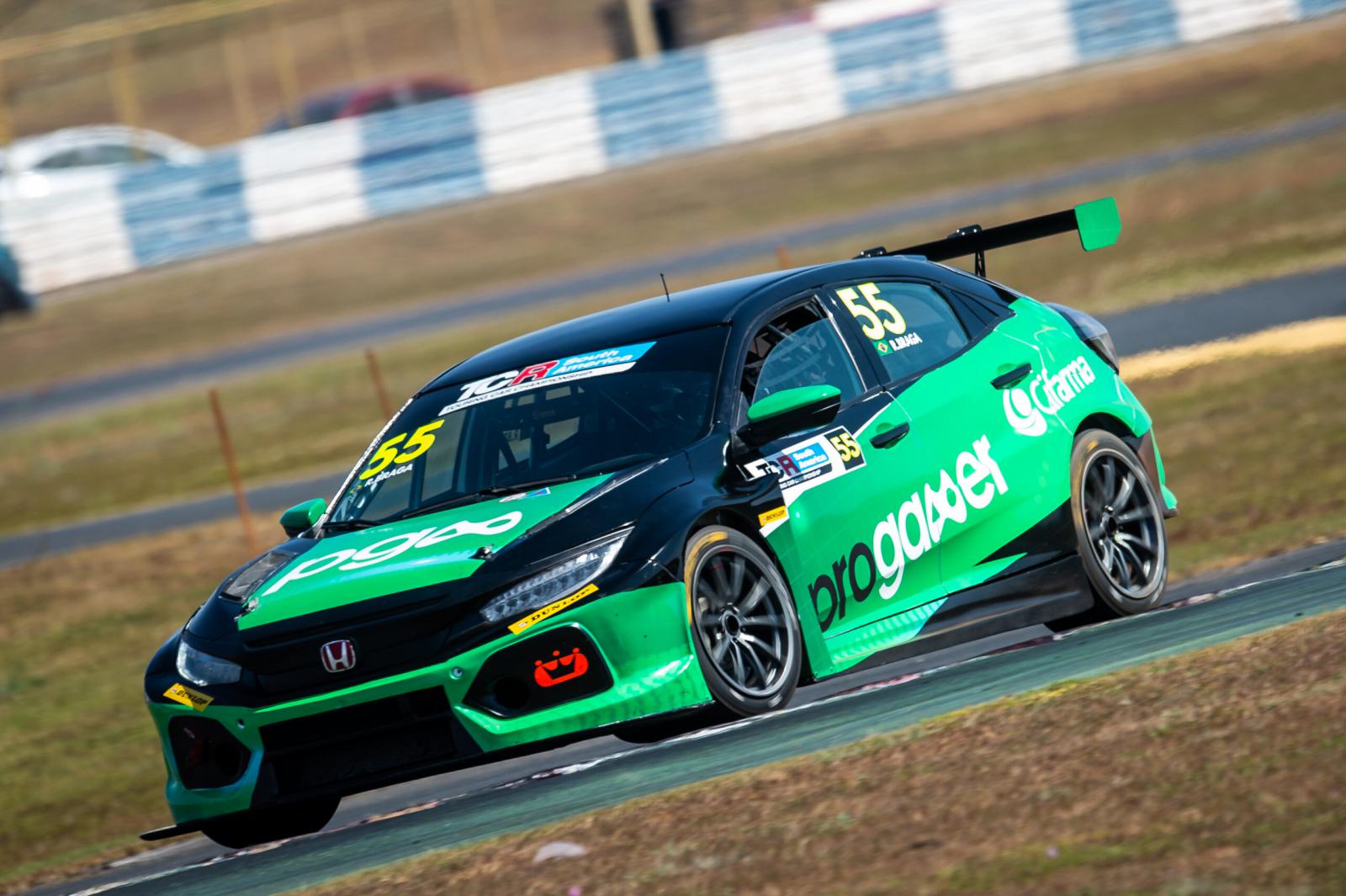